A Tribute to The Beatles 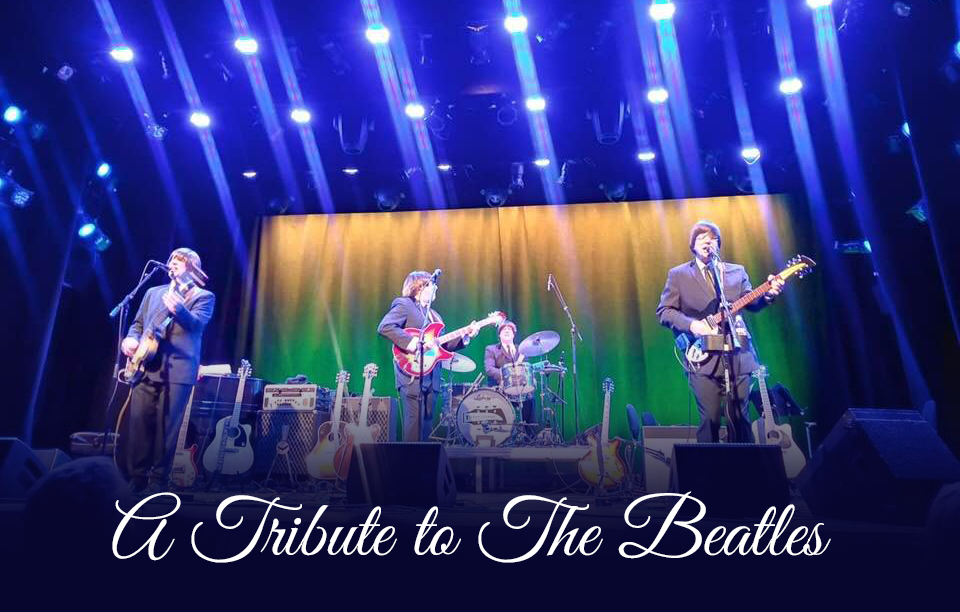 The Beatles were an English rock phenomenon in the 1960’s that became the best-selling band in history, with estimated sales of over 800 million records worldwide. The group was inducted into the Rock and Roll Hall of Fame in 1988, and all four main members were inducted individually between 1994 and 2015.

Come enjoy this amazing Tribute to The Beatles performed by Ticket to Ride.

$69++ per person includes a Buffet Dinner